Finally!  Finally after 37 chapters of asking for an audience with God and an explanation, Job gets his answer….from a whirlwind.  A storm comes and in the midst of the storm Job hears God and begins to understand.  He doesn’t get an explanation from God, however.  Instead he gets a lesson on the greatness of the Creator.  I think God’s answer must have set Job back a bit.  But it also must have brought things into perspective for Job.

Then the Lord spoke to Job out of the storm. He said:

“Who is this that obscures my plans with words without knowledge?

Brace yourself like a man; I will question you, and you shall answer me.

“Where were you when I laid the earth’s foundation? Tell me, if you understand.

Who marked off its dimensions? Surely you know!  Who stretched a measuring line across it?

On what were its footings set, or who laid its cornerstone—

while the morning stars sang together and all the angels[a] shouted for joy?

Throughout the next 3 chapters, God asks Job to explain to him how nature works.  God rehearses how intricate and inscrutable His ways are.  The foundations of the earth, the cosmos, the light, the darkness, the ocean, the streams, rain and sunshine, goats, donkeys, ostriches – all are in the control of God.  God points out to Job all the magnificent mysteries of His creation and questions Job and his friends on how much they knew about creation.  God’s questions highlight the majesty of His creation and Job and his friends’ inability to answer God’s questions highlights their lack of understanding.

Job had to be corrected in his view of the universe.  Man may be God’s highest creation, but he is not His only creation.  Job was viewing the universe from an anthropocentric (man-centered) view as if everything was created for man’s benefit and purpose.  Therefore, he felt that he deserved an answer from its Creator.  But the universe is theocentric (God-centered).  The Apostle Paul says in Colossians 1:16  For in him all things were created: things in heaven and on earth, visible and invisible, whether thrones or powers or rulers or authorities; all things have been created through him and for him.   This universe does not exist solely for our sake.  It is all for God’s glory.

We are easily tempted to think that we the center of our universe.  We assume God must answer us the way we want to be answered.  But not everything is about us. It’s about God’s greater work.   Sometimes we go through things because God is working something out for someone else.  Sometimes, our loss is for another’s gain.  Can we be content with that?  Can we accept suffering if we know that God is in control and working in His magnificent and inscrutable ways to bring redemption to someone else? 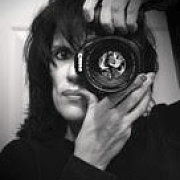